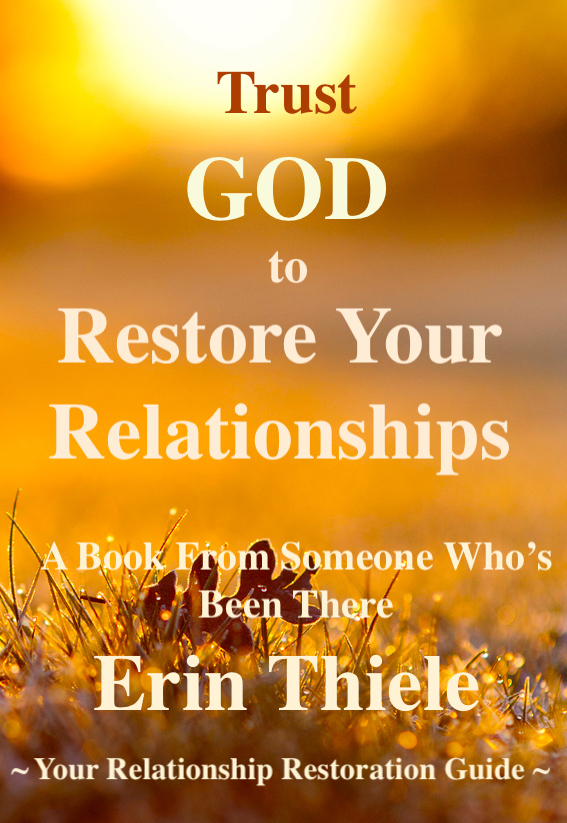 This book is one of my all-time favorites. I can't tell you how many times each day or each week that I ponder the promises and principles He revealed to me that are in this one book. For years I've wanted to share it on our website and so it is with great excitement that I share it with you now.

~ Erin and
Your RF Ministry Team 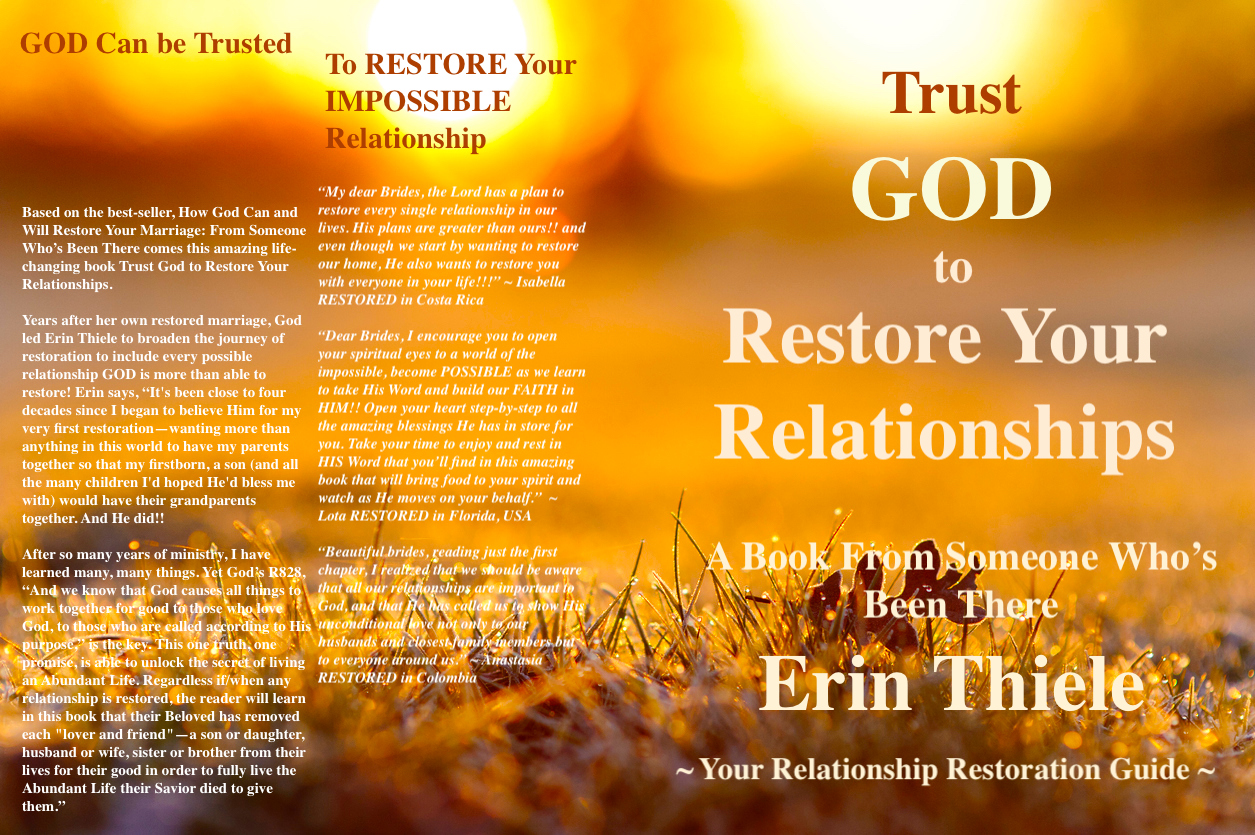 Based on the best-seller, How God Can and Will Restore Your Marriage: From Someone Who’s Been There comes this amazing life-changing book Trust God to Restore Your Relationships.

Years after her own restored marriage, God led Erin Thiele to broaden the journey of restoration to include every possible relationship GOD is more than able to restore! Erin says, “It's been close to four decades since I began to believe Him for my very first restoration—wanting more than anything in this world to have my parents together so that my firstborn, a son (and all the many children I'd hoped He'd bless me with) would have their grandparents together. And He did!!

After so many years of ministry, I have learned many, many things. Yet God’s R828, “And we know that God causes all things to work together for good to those who love God, to those who are called according to His purpose,” is the key. This one truth, one promise, is able to unlock the secret of living an Abundant Life. Regardless if/when any relationship is restored, the reader will learn in this book that their Beloved has removed each "lover and friend"—a son or daughter, husband or wife, sister or brother from their lives for their good in order to fully live the Abundant Life their Savior died to give them.”

“My dear Brides, the Lord has a plan to restore every single relationship in our lives. His plans are greater than ours!! and even though we start by wanting to restore our home, He also wants to restore you with everyone in your life!!!” ~ Isabella RESTORED in Costa Rica

“Dear Brides, I encourage you to open your spiritual eyes to a world of the impossible, become POSSIBLE as we learn to take His Word and build our FAITH in HIM!! Open your heart step-by-step to all the amazing blessings He has in store for you. Take your time to enjoy and rest in HIS Word that you’ll find in this amazing book that will bring food to your spirit and watch as He moves on your behalf.”  ~ Lota RESTORED in Florida, USA

“Beautiful brides, reading just the first chapter, I realized that we should be aware that all our relationships are important to God, and that He has called us to show His unconditional love not only to our husbands and closest family members but to everyone around us.” ~ Anastasia RESTORED in Colombia 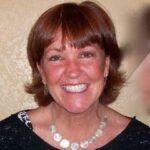 Trust God to Restore Your Relationships

Assuming you've read How God Can and Will Restore Your Marriage, you will notice I began with that book as the foundation—then He began to broaden the restoration to include every possible relationship He is more than able to restore! It's been close to four decades since I began to believe Him for my first restoration—wanting more than anything in this world to have my parents together so that my son (and all the many children I'd hoped He'd bless me with) would have their grandparents together. And He did!!

It was watching this miracle occur, along with the first verse I took as His promise to me from Luke 1:37—"For nothing will be impossible with GOD" that this entire ministry was founded on. Long before His appointed time to restore my marriage relationship, He began restoring several others—and He still is restoring.

Over so many years of ministry, I have learned many, many things. Yet one that I believe clearly distinguishes the level of maturity of His believer is when their lives and heart express Romans 8:28 “And we know that God causes all things to work together for good to those who love God, to those who are called according to His purpose.” So when a relationship is not restored—these mature believers are beyond thankful. They know that their Beloved has removed that "lover and friend": son or daughter, husband or wife, sister or brother from their lives for their good in order to fully live their Abundant Life.

As a minister who has had the privilege of leading many, it requires that I not have all my relationships restored—but live with many that aren't restored—as proof that you can live a life so full of joy and abundance that your heart beats faster—and your joy overflows puddling at the feet of anyone who comes near to you.

When I asked Him to help me express this promise to you, He had me envision a cup and asked, "Is your cup half empty or half full?" when the enemy taunted me about being excluded from a family gathering. I thought for a moment and then envisioned a tall glass of water that was pouring over the sides, running down my hand, spilling onto the floor—like a spring coming up from the ground that never stops. My eyes teared up (as they are doing now), because, as I told Him long, long ago, “If I have You, I have everything.”

Much love to you all!!
~ Erin
Chapter 1. My Beloved
Journal  Post your Praise!!

Chapter 3. The Potter and the Clay
Journal  Post your Praise!!

Chapter 5. He Turns the Heart
Journal  Post your Praise!!

Chapter 6. Tell it to Your Husband
Journal  Post your Praise!!

Chapter 8. First to Throw a Stone
Journal  Post your Praise!!

Chapter 14. You Be the Judge
Journal  Post your Praise!! 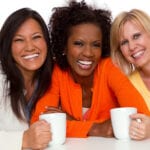 Our Partners because as He says, "Where your treasure is, there your Heart 💖 is also"!

Open the Windows of Heaven over your life, tithe, and Become a Partner!

If you are an RMIOU Student and this is a Practicing Relationship Minister assignment, please be sure to use this form:

*If you're interested in becoming a PRM or ALC "Abundant Life Coach" or HPC "His Princess Coach" you can find out more on RMIOU! Do you feel you "have everything"? Do you really have Him to the point that if He removed everyone and everything your heart would still burst with joy? If not, be sure to read each of the Abundant Life books.

“Now to Him who is able to do far more abundantly beyond all that we ask or think, according to the power that works within us...” Ephesians 3:20

“The thief comes only to steal, and kill, and destroy; I came that they might have life, and might have it abundantly.” John 10:10