Last month I shared about my sister who wanted what I had, and she wonderfully found Who she needed in order to be changed, healed and her heart filled with love for others. This week while seeking God for wisdom to know what Salvation Story to write about, He reminded me about her son, Matt, who actually met the Lord personally even before his mother (my sister) did.

Very often the Lord uses a crisis to get our attention, as each of us knows all too well. The crisis that hit us was shockingly unlike anything I’d ever have imagined our family would have experienced. Let me back up just a bit to explain that my sister’s husband cheated on her, yet instead of turning to the Lord, whom she didn’t know at the time, she sadly confronted him. And when he refused to choose my sister over the OW, in anger, rooted in deep hurt, she packed up her four children—the baby was just three weeks old.

Again, rather than having the Lord to help her, she turned to family and the social welfare system. When her two boys reached their teenage years, due to them not having a Heavenly Father (to the fatherless), because my sister didn’t know she could become His bride, as many teen boys without fathers, they became too much for my sister to handle. So she sent them back to live with their father who was too busy and focused on his new family. So my nephews turned to drugs to deal with the pain of rejection.

Just a side note, this all happened many years before my own marriage crumbled. Yet God used it for good because watching how my sister dealt with her husband’s unfaithfulness and how it so adversely affected her children, this was something I thought of often, which motivated me to find a different path for my children.

Though I am sure my nephew's drug addiction, like all addictions, began with something small, by the time my mother (their grandmother) heard about Matt, he had been a heroin addict for many years. My mother was in California visiting and had met with my sister’s oldest son, who said he could find Matt for her (he was living on the streets). So he was able to find him, and clean him up, to meet his grandmother.

My mother could never speak of that meeting without crying because Matt was so horribly thin, a mere skeleton of himself, gray and shaking. My mother said, weeping, that she just held him in her arms while she sent Tommy to get him something to eat, rocking Matt until he returned with the food. After experiencing his grandmother’s love, without judgment, Tommy got Matt a job as a dishwasher that allowed him to get off the streets.

It was just about a month after this meeting in California when we got the urgent call from my sister who was weeping saying that she knew her son Matt was going to die. He’d taken another overdose, yet came through, but she said she just knew it would happen again and the next time he’d die!

The Lord’s timing is always perfectly timed. We got the call just as we were leaving for the revival meeting at our church. Not only is His timing perfect, but so is His leading. That night we sat somewhere entirely different since someone had taken our normal seats. As soon as we sat down, the preacher told us to turn to the person behind us and pray for their needs.

The group behind us was from Teen Challenge! We knew right away about that group of on-fire teens because the Evangelist who was used to bring about that worldwide revival was one of it’s greatest testimonies! He’d been a drug addict, dealer and had the option of going to prison for breaking into a pharmacy (which was a felony) OR attend Teen Challenge. That changed his life and together with his wife, whom the preacher met while in TC, went on to evangelize around the world.

As soon as the young men heard about Matt, they broke free from us and got into a very powerful and intense, loud huddle—crying out for “Matthew”— I heard them shout over and over again, calling Matt to know Him.

Later, when we got home, I called my sister to tell her what had happened and assured her that God was in control and she didn’t need to worry.

Two weeks later we got the call from my sister. The very next morning, the day after these young men prayed, Matt called to tell his mom about a new job he’d gotten, working with the coroner. His job was to pick up the dead bodies of the homeless and drug addicts. Matt called his mom again, just a few days later, trembling and shaken—telling her that he just knew it was a wake-up call and that he could see himself being picked up the next time he overdosed.

Though Matt said he didn’t know how he would get off drugs, because he’d tried before, yet he just knew he was ready to do whatever it took. He said he just knew that one day he’d be picked up and put in a body bag by someone else doing his job and that thought would keep him clean.

A month later we got the other call that my nephew had found Teen Challenge and there met a young woman, who a year later became his wife. This all happened many years ago, and since that time, Matt and Maggie have had two beautiful daughters and are happily married serving the Lord.

So if you have a family member who is in the worst of situations, like we discovered Matt was in. I’d encourage you to read this testimony and maybe share it with other family members who are as frightened as you feel. Then together believe that nothing, not one thing, is impossible with God!

And looking at them Jesus said to them, "With people this is impossible, but with God all things are possible." Matthew 19:26

Looking at them, Jesus said, "With people it is impossible, but not with God; for all things are possible with God." Mark 10:27

"For nothing will be impossible with God." Luke 1:37

"Beloved brothers and sisters, we want you to be quite certain about the truth concerning those who have passed away, so that you won’t be overwhelmed with grief like many others who have no hope. For if we believe that Jesus died and rose again, we also believe that God will bring with Jesus those who died while believing in Him." 1 Thessalonians 4:13-14 (TPT)

On February 29, 2020, the Lord called Matt home to rest with Him. We were stunned when we heard that my nephew (the happily married and successful father of 2 girls) had been murdered. Though this was a heartbreaking and unfathomable tragedy, we were given comfort in knowing He was resting in the arms of His beloved Savior.

Our focus, of course, turned to his widow and daughters—but also to my sister "I Want What You Have" who'd lost her son. Due to the circumstances, my most pressing concern was asking the Lord to help her to forgive the four youths who were arrested for his death—FORGIVENESS which is vital in order to heal. To understand this healing principle even more, please take a look at this new book 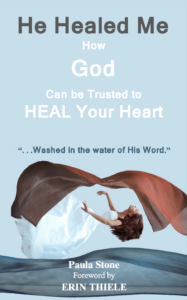 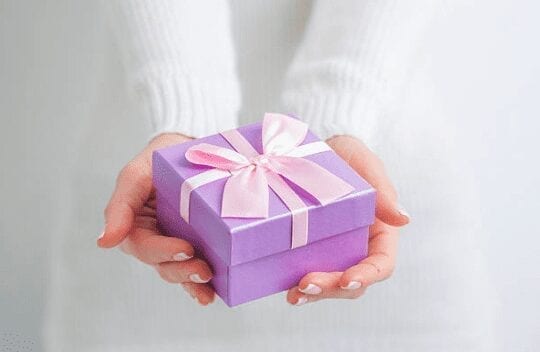 The GIFT You Give to Others

The GIFT God Gives Back to You

We never know when WE or a precious loved-one will face death, but we can trust HIM to make sure we and they are ready to be called home. And also that He will use it for good, someway, somehow—our job is not to worry but to watch with anticipation for how He will use it.

Would you like to Feel FREE from every fear and burden you're carrying? 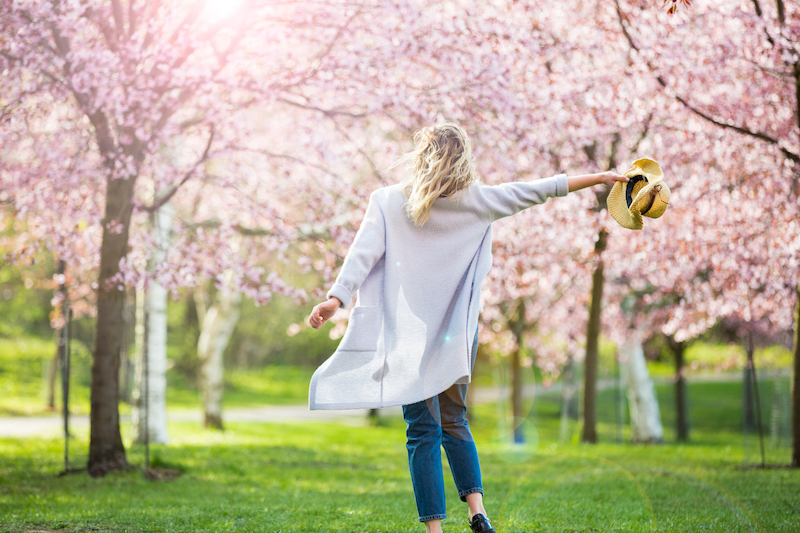 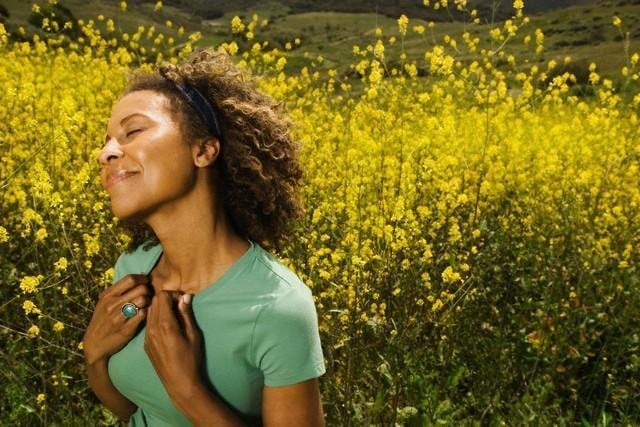 Are you looking for a "peace" that
surpasses ALL understanding?
Read/listen to this ☊ PEACE

Read PRAISE 🙌🏼 that Encouraging Women post on our Encourager about having a Heavenly Father #HF.

FROM Atarah in South Africa

Hello Brides! I would like to share my Praise today regarding family 🙂 I was going to share about an answer to prayer about my younger brother.

As a family we've known that he has a drug problem but not the extent of it. It was his birthday a few days ago there was not even a way to contact him to wish him, many family members have blessed him with a phone which was always sold I guess... He has for many years stayed with various friends and family, has never had a permanent place to stay, always struggling and scrounging....

A year or so ago I was reading through and journaling some of the Salvation Stories and 2 of them struck a deep note in me especially the one about "The Heroin Addict" so many of what is written in this story is so similar to my brother's story.

Reading about Teen Challenge in the Salvation story I had a look at their site and wrote down a prayer for my brother that God would somehow provide the same type of help to my brother during his recovery. I have never heard of anything like this in South Africa where the main focus is on the Lord our healer. Besides that my family just does not have the finances...

As a family many times we have tried to find solutions for my brother, nothing ever worked out...

Recently I got a call from my mom that a friend of my brother who is also a recovered addict drove by a place that he thought could assist my brother. During this time my brother was visiting my mom for something to eat as he always does and agreed to go with my mom admitting that he needed help and is tired. They were not able to get any help but was provided with a number. My mom asked me to call as they may take in new people early next year if they have space.

Calling the number I spoke to a very kind gentlemen that explained a very simple way of helping the people they take in. Firstly they provide a job through their income generation projects so that they are able to pay for their own food and accommodation. They have devotions in the morning and Bible study in the evening.

Hearing what this kind gentleman had to say I could only rejoice remembering the prayer I wrote down last year trusting the Lord for His appointed time.

I do not know what the future holds, I do not know if there will even be space for my brother.. All I know is what I feel in my heart and the faith that my Love can do even more than I could even think, dream or imagine!

There has been so much brokenness and hurt but what comforts me and brings me great joy is that the God we serve is a God of restoration and that He has given us His Son to love us and hold our hand and give us joy and gladness as we His Brides are waiting for His appointed time to Restore.

As I type this I feel so much joy and gladness and His love pouring through my heart and soul, I remember the scripture: sorrow may last for the night, but JOY comes in the morning!!