~ Adele in France thought she had done everything she could to save her marriage, and she was sure she was the one who should lead in spiritual matters. But soon after coming to RMIEW, she discovered that her focus was on the wrong things. Once she learned to turn her focus on the Lord, her HH and His Word, she was able to enjoy  Peace in all circumstances and her marriage was RESTORED.

Read Adele's RESTORED Marriage Testimony, "Was I Sincere in the Apologies I Made to Him?” 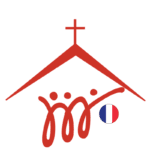 What brought you to RMIEW Adele?

Things at home were not going well, and I was looking for a solution on Christian websites. A woman sent me an encouraging letter with the link in French, then some days after my husband said he wanted to divorce, so I went on the site. I was thinking that I had done all that I could, but there was a blockage. Then I started to read the book How can God Can and Will Restore Your Marriage, quickly finishing it in a few days.

How did God change you, Adele, as you sought the LORD wholeheartedly?

God showed me what I was doing wrong through the 1st book--to stop the crisis, and it was just the 1st day. Then, through A Wise Woman book, I noticed more things I was doing wrong, like taking authority. I had taken the lead on spiritual matters, because I thought, since I'm much older in the faith than he is, I should take the lead. I learned that was wrong. I was also prideful, and I insisted we discuss about matters that led to quarrels.

Adele, what were the most important principles that the Lord taught and revealed to you that made the most impact on your life during your Restoration Journey?

The most important was surely starting to notice and being open to what *I* was doing wrong. Rather than my focus being on my husband’s attitude and decisions, I was drawn to repenting, and changing my focus. The concept of "Won without a word" convinced me that trying to resolve problems by speaking with him (or even with others) was not the best way. After prayer to have the quiet and gentle spirit, despite the pain, the injustice I was still feeling, I repented of the Pharisee behavior I had (like putting on Christian music at home, when he is there.)

Adele, what was the “turning point” of your Restoration Journey?

The turning point was when his family was aware and his brother was about to come and visit us--to hear him confirm it to the family. At that time, I was not really suffering anymore, as I was following the videos, wanting desperately for God to be my Husband and really feel it, the way I was reading it in testimonies. But I had noticed some positive attitudes towards me, like him greeting me, or saying goodbye, or responding “normally” if I asked him something.

Some days before his brother's arrival, one night, he confirmed his desire to divorce in civil court, but not in church, so that it's not before God. So for the 1st time, I really had the occasion to tell him that if he decided to divorce me, I understood and I would not stand in his way. And that divorce is a divorce before men not God. The next morning he came in the room again where I was praying and said he doesn't want to divorce anymore--even if it was by accusing me of not stopping him. For him, that meant that, me too, I wanted the divorce, but I was not courageous enough to do it. He also said that since I think he is living in adultery, the Bible is giving me the permission to get divorced, so it's up to me. I felt completely shocked, cried; it was as if he was turning things and putting them on me, while I was just trying to be calm and keep the peace.

Would you recommend any of our resources? Resources that helped you come to this turning point. Adele, which resources helped you the most?

The first book, How can God Can and Will Restore Your Marriage, it brings me hope, builds my faith, and helps me to see things differently, most especially practical things to do to stop things of being worse. After that, were Be Encouraged videos; I could listen several times a day, again and again. The FREE LESSONS really helped--to have texts and verses corresponding to my situation of that time was drawing me to the Lord, and I so much needed it.

Don't give up, even if it is difficult, it's an opportunity to put in practice the word of God, despite the hurt, the pain, you are not understanding. Remember to choose to suffer because you are doing what is right, instead of suffering because of doing what is wrong. God will finish what He has started; He has promised us. Don't give up, and remain close to God. Lean on him, when there is joy, crisis, hurt, or pain, and don't hesitate to go back to some videos or lessons that you remember encouraged you, because faith comes from what we listen to, says the Word of God, and it's really true. Even when you don't feel or want to do it, listen or read the word of God.

Click on Adele's Tag to READ more about in her Encouraging Praise Reports!