Providing every woman on earth the training and resources needed to start and sustain
her own ministry!

Whether you just began your Sabbatical or you've been gone for years—we are excited and delighted you are here! As RMI began to expand and branch off from where we started decades ago—ONE thing remains clear—He led each of us to RMI and its life-changing truths at the appointed time in our lives and what we learned should not now be wasted or hidden.

"No one lights a lamp and then puts it under a basket. Instead, a lamp is placed on a stand, where it gives light to everyone in the house. In the same way, let your good deeds shine out for all to see, so that everyone will praise your Heavenly Father." Matthew 5:15-16 NLT

“And let us not be weary in well doing: for in due season we shall reap, if we faint not.” Galatians 6:9 KJV

"Complete your work outside, and get your fields ready for next season; after that’s done, build your house." Proverbs 24:27 VOICE

“But his delight is in the law of the Lord, and in His law he meditates day and night. And he will be like a tree firmly planted by streams of water, which yields its fruit in its season, and its leaf does not wither; and in whatever he does, he prospers.” Psalm. 1:2

Dozens of amazing and anointed Ministers, like you, have graced RMI for a season, and the larger we grow, the more women come through. Whether a minister's time with us is long or short—we want to continue to encourage you that you obtained royalty as His bride "for such a time as this" to "save many people alive."

Never before has it been so easy to Minister right from your home, on your laptop and even your phone! Social Media Platforms are everywhere to discover and use—not just to be social and gain "friends" who "follow you" but we believe the darker the world the greater each tiny bit of light will illuminate the darkness and act as a beacon, a lighthouse, guiding women to safety—the safety of His loving arms!

There are many religions as we all know—so it's foolish to try to compete with any "religion." What we all want and need is to establish a RELATIONSHIP with the One who can be everything to them. If that's what you've done in your life, you dear friend, can and should share this with other women. Then, rather than encouraging women to follow you, encourage them to be HF "His follower" as you are and to share this GOOD NEWS with their family, friends, then more will begin to reflect His radiant face in their faces!

“‘Come with Me. I’ll make a new kind of fisherman out of you. I’ll show you how to catch men and women instead of perch and bass.’ They didn’t ask questions, but simply dropped their nets and followed.” Matthew 4:19-20 MSG

—Investing in the Future 🤩

Now that we have a greater understanding that RMI is clearly not the final destination in your call to minister, our Ministry Team is encouraged to focus and develop her own ministry. Some remain as Independent Contractors, regardless, each minister is encouraged to work as much or as little as she'd like and take on or pass on tasks they are offered.

Our MTMs are not employed by RMI, but each is an Independent Contractor, and as stated above, is encouraged to devote Wednesdays to their own ministry.

A Subcontractor is defined as an individual person that you hire to help you complete a project.

The difference between working on our Ministry Team versus a Subcontractor:

** There are many other things required as one of our Ministry Team Members that are time-consuming when your time is limited, which do not require our usual umbrella of protection as leaders of our MTMs.

The BENEFITS to remaining on our Ministry Team versus moving to become a Subcontractor:

“Obey your leaders and submit to them, for they keep watch over your souls as those who will give an account. Let them do this with joy and not with grief, for this would be unprofitable for you.” Hebrews 13:17

**However, for this season it might be exactly what you need—HIS plan for you.

What work do we offer for Subcontractors?

PLEASE NOTE: At this time, we are only accepting Subcontractors IF you previously worked on and you were trained. We apologize that we cannot provide additional training at this time. THANK YOU. 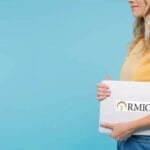 If you are starting out on your own—Refresh your memory to discover who He has called to join you in your ministry. “Two are better than one for they have a good return for their labor. For if either of them falls, the one will lift up his companion.” Ecclesiastes 4:12

Providing every woman on earth the training needed to start her own ministry!

"...Good friend, I am building this bridge for her!”

Now it's time to gain a following for Him!

A place to get motivated and lay some groundwork for you to begin or solidify your ministry!

Find just ONE ePartner and begin your ministry.

"Who had known the mind of the Lord" a woman "after His heart."

Let me give you just one example of being Ministry-Minded using one of my sons who has started or been involved in several ministries. Having a family plus a full-time job that meant a lot of traveling, he nevertheless proved where his heart has always been—open and looking for every opportunity to minister to others.

Mowing the Neighbors Lawn. My son was living in a neighborhood where there were many young families with small children. His daughter loved playing with the next-door neighbors on both sides, both of who didn't have a dad living with them. My DIL heard that the dad on the one side was in the military and was deployed, so with two small children on her own, this military wife often struggled to keep her lawn mowed. So, at his wife suggested, my son just continued mowing straight across both lawns!

Then a few weeks later, they heard that on the other side, the dad had left for another woman, so my son began to mow across all 3 lawns! When his mower couldn't keep up, they agreed to use their offering to purchase another mower in order to care for the (military and infidelity) widows and orphans.

Mowing is normally a great ministry for men, so share this story with your brothers, nephews, uncles, etc. As far as you're concerned, both of these mothers could easily be ministered to by offering to sit with her children, bringing a meal once a week (by just doubling yours) giving her a break from cooking, or offering to come clean once a week. Where is your passion, what do you love to do; what has He anointed you with? ASK HIM.

Block Party Grill Nights. Again in this neighborhood, rather than grilling in their backyard, my son and his wife decided to grill in the front yard to look for opportunities to "love on" their neighbors. ("love on" is just one of the many endearing sayings learned from living in the South.) Grilling in their front yard brought the neighborhood children running when they smelled the hamburgers and hot dogs. When they came close, my son, DIL and granddaughter offered them something, saying go ask your mom (or parents). Soon the other neighbors began grilling in their front yards too! And that resulted in closing the street while they all got together to fellowship.

Of course, conversations sprang up and interestingly, they knew this family was each a Christian, asking them "Where do you go to church?" Because THIS is true evangelism. So be ready with an answer if you continue as His church. ASK HIM. You could find your ministry by stating something like "I don't currently attend church, but I have wanted to have a women's Bible study, would you be interested in coming if I started one?" Or offer to join them to somewhere local where you believe they would fit in and feel loved. To get inspired, read the Salvation Story Gentlemen's Club Dancer

Neighborhood Dad. My son often played outside with his daughter, often while my DIL was also outside (he's always been a big kid and adores children, playing with his younger siblings and now his daughter). So he began just naturally fathering the neighborhood kids. PLEASE NOTE: In today's world, you have to be very careful to be above reproach, which is where my DIL was such a blessing. Together they made sure she, the mother, was always there in clear view much like what kept Billy Graham's ministry free from scandal (a scandal that was and still is rampant and destroys so many ministries). Billy Graham and his leaders all agreed from the onset that they would never be alone with any woman that was not their own wife! Billy stuck to this even when on several occasions a woman was sent to pick him up at the airport but he refused to get in the car with them—instead, he took a cab!

Thankfully it's a bit safer being a woman, nevertheless, ASK HIM to be sure that you are also above reproach because we should never be ignorant of the enemy's schemes. Where is your passion, what do you love to do; what has He anointed you with? ASK HIM. What do you enjoy domestically? Or maybe it's just helping children to be carpooled, walked the neighborhood children home from the bus stop getting safely inside their home? Simply ASK HIM.

Homeless Breakfasts. The Lord had led me to purchase a portable gas grill for the 3 months I was renting a beach house in Florida. It's seemed odd at the time to invest in this, but I didn't lean to my own understanding. Knowing I couldn't take it with me, I ASKED HIM what to do with it. He told me to offer it to my son. Again, I didn't lean to my own understanding because they couldn't use it where they lived. So when I offered it my son said, "Oh, would you mind if I gave it to the ministry I've been helping with on Saturdays? We give men living on the streets food, but we had talked about offering a hot meal, letting the aroma draw them over when we share the GOOD NEWS with them." Well of course I was thrilled.

Years later I heard the grill still is in use and they've expanded the work they're doing. Where is your passion, what do you love to do; what is He anointed you with; what do you have that He wants to use? ASK HIM. 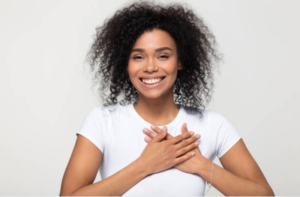 PLEASE be sure that you regularly share your heart of PRAISE with others by submitting a PRAISE Report. Look for and check the option of the broken heart 💔 so we tag your PRAISE correctly so it's easy to find! 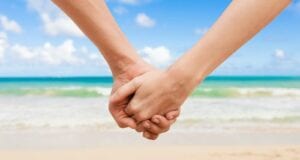 HE LEADS ME
Become a Bridge Builder